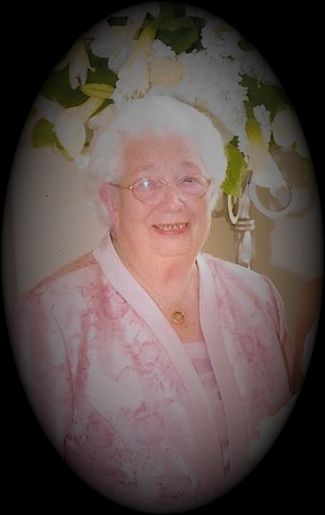 Mrs. Pauline Brown of Hartford passed away Wednesday, October 28, 2015 at Hartford Health Care. She was 91.

Funeral services will be held at 2:00 p.m. on Friday, October 30, 2015 at Sardis Church with Rev. Gary Armstrong and Rev. Gary Stringfellow officiating. Burial will follow in the Hartford City Cemetery with Sorrells Funeral Home & Crematory of Slocomb directing.

Flowers will be accepted or contributions may be made in Mrs. Pauline's memory to Sardis Building Fund, 649 Co. Rd. 67, Hartford, AL 36344.

Mrs. Brown was born April 24, 1924 in Geneva Co. to the late Brady and Lee Thornton Dalrymple. Mrs. Pauline was a very active member of Sardis Church. She was a true southern cook who loved to share meals with her family and friends. Mrs. Pauline's love and care for others came from her special heart.. She was an example of a true Christian woman and will be dearly missed.

In addition to her parents, her husband, Jasper Young Brown; three sisters and three brothers preceded her in death.

The family would like to thank Hartford Health Care for their devoted love and care of their mother during her stay.

Add Your Own
Pauline will always have a special place in my heart. She was the sweetest woman and I loved seeing her when she visited my grandparents Jack and Winifred. Even though I have not seen her in years, I will always remember her beautiful smile. Love and comfort to Roger, Linda, and family.

So sorry to hear of Mrs. Pauline, she was a sweet wonderful kind woman. We lived near her and Mr. Young when they lived in Ashford. When I moved to Hartford, I connected with her again. Your family is in my prayers.