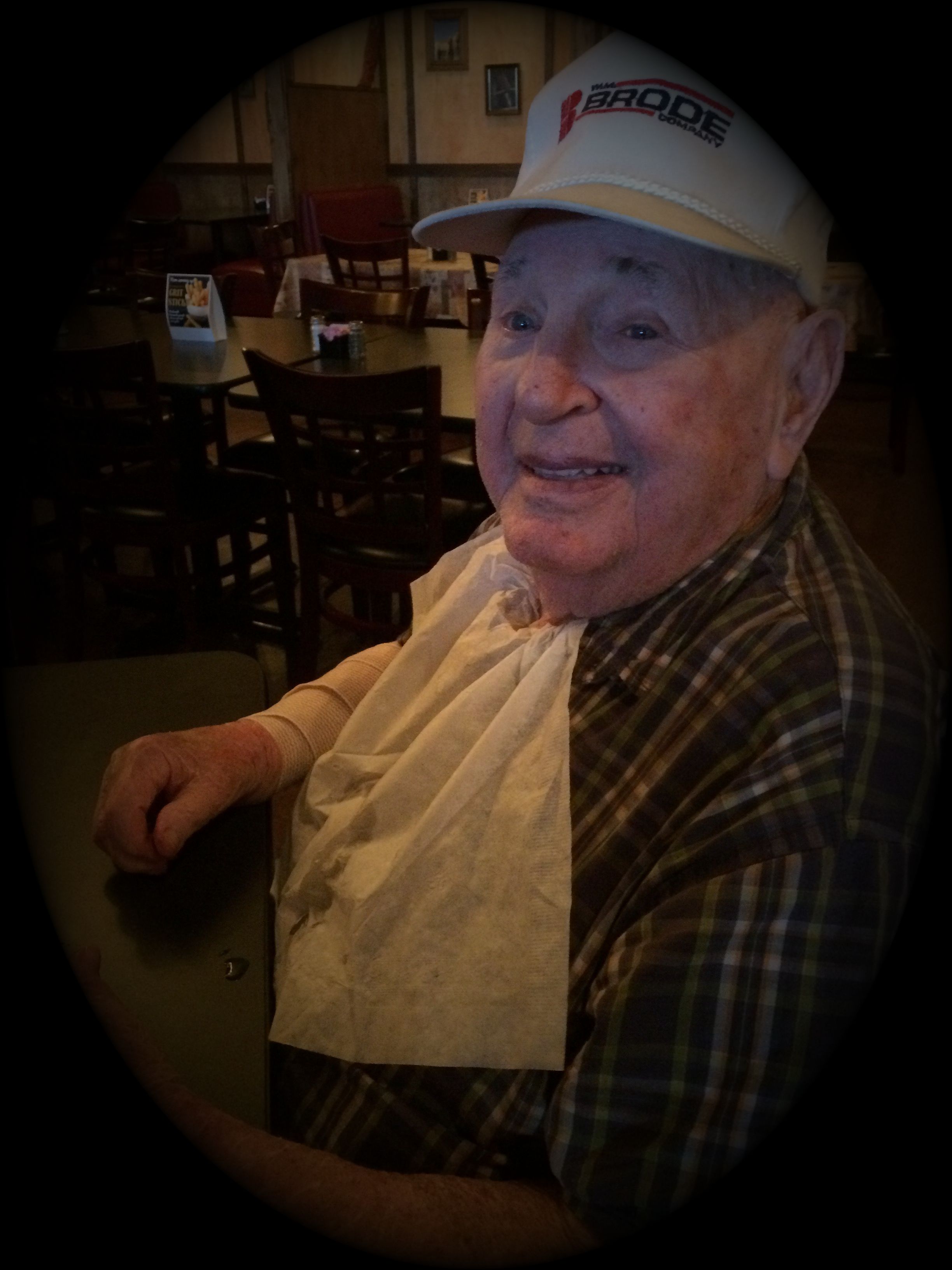 The family will receive friends at the funeral home on Sunday from 4:00 until 6:00 p.m.

In lieu of flowers the family request that you honor Mr. Kirkland's memory with donations to the Central Baptist Church Missions Fund, 1812 Honeysuckle Road, Dothan, AL 36305.

Mr. Kirkland was born May 30, 1921 in Henry County to the late Jackson Bartow Kirkland and Pammie Delonie Smith Kirkland. He was a proud veteran in the Army Air Corps and served honorably in WWII. Mr. Kirkland was a member of Central Baptist Church in Dothan. He loved Nascar and was a loving husband, father and grandfather who will be dearly missed.

Add Your Own
We moved next door to Mr jc a few years ago and became very good friends. He treated me and my family like we have knew each other all our life.he was a fantastic man I am so glad the good Lord put us in that house to be able to be around a man we will never forget..we love u and will never forget u....we love u Mr jc.and I know u are flying around having a blast and watching over your wonderful family...my eyes cry..but my heart knows the Lord took another Angel home...And that is u a Angel.... always in my heart ♡...

Brother J.C. was soooo special to the precious saints of Troy Baptist Temple. It was my privilege to be his pastor for several years and I will always remember his love for the Lord, His Word, and His people. I sat down at my desk and wrote a tribute to him that I will email to you later. May the God of all comfort do His office work in your hearts in the coming days and months. Heaven becomes sweeter because of home-goings like this!m John 14:1-6

You are loved and prayed for,

Pastor & Dolly Arrowood
Brenda and family,
We are so sorry for your loss. JC was loved by all and will be missed.

You are in our thoughts and prayers,

My thoughts and prayers are with you Brenda, Al, Amanda and Matt. I know he will be missed greatly. I am glad he is at peace from his suffering and in Heaven with his beloved. He was a great neighbor to me during the 10 years I lived beside him. I will miss him.

Brenda, Al, Amanda, and Matt, I'm so sorry for your loss but I'm so happy for Mr. Kirkland. We are praying for God's grace and the comfort of the Holy Spirit to see you through this difficult time. I love you.

Brenda,
I am so very sorry to hear of your father's passing. But I celebrate with you his arrival into Eternity, and the wonderful legacy of family and faith that he leaves with us here. In the coming days, in the quiet moments, may you and your family feel the Lord's comfort and peace in your spirits.