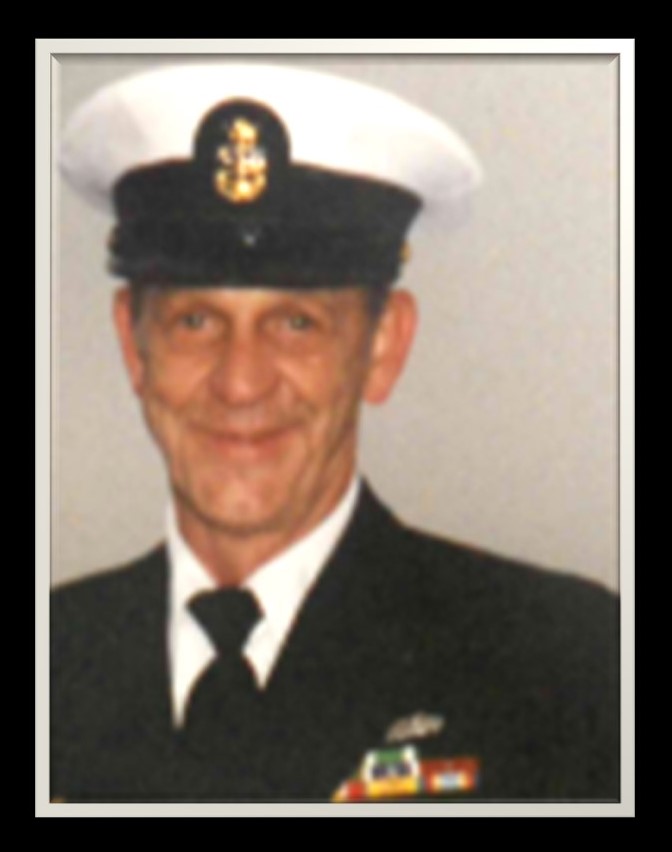 Edwin Dewey Anderson, 80, of Norfolk, VA passed away on November 17, 2021.  He was born in Slocomb, AL, July 30, 1941 to late Euell D. Anderson and Ouida R. Anderson.  After graduating Highschool, he pursued a civilian career in Electronics.  In September 1965, he joined the U.S. Navy in support of his country.  He attended boot camp at Great Lakes, IL.  After boot camp he reported aboard the USS Stoddard out of San Diego, CA, for his first sea tour.  After leaving the Stoddard he served aboard the USS Algo, USS Mount Whitney, USS Spruance, USS Kidd, USS Stump, Comphibron 12, USS Shreveport, and served as Command Master Chief aboard the USS Briscoe and USS Ashland.

After retiring from the Navy he went into private business as the owner of Fire Services in Virginia Beach, VA.  He provided the area businesses with fire protection services for over twenty years.

He is preceded in death by his wife of more than forty years Dorothy; his sister Johnnie Glover of Slocomb, AL.

A celebration of life service will be 10 a.m. Friday, July 22, 2022 in Hartford City Cemetery with Sorrells Funeral Home of Slocomb directing.