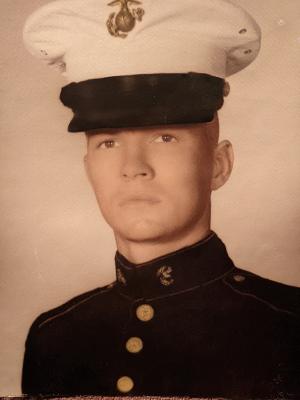 Mr. Carl A. Hanners of Newton passed away peacefully with his wife and children by his side, Sunday, February 21, 2021 at Flowers Hospital. He was 78.

A Memorial Service will be held at 4:00 p.m. on Friday, February 26, 2021 in the chapel of Sorrells Funeral Home in Slocomb with Margaret Peters Gibbs officiating.

The family will receive friends at the funeral home on Friday beginning at 3:00 p.m. and continuing until service time.

In lieu of flowers the family request that contributions be made to the American Cancer Society, 250 Williams Street NW, Atlanta GA 30303 in Mr. Hanners memory.

Mr. Hanners was born August 8, 1942 in Dale County to the late Royce and Hazel Brannon Hanners. Carl served in the United States Marines from 1961-1965. He served on the Philadelphia police force for over 14 years where he received three official commendations. He was an avid golfer, very good handyman, and loved fishing with his daughters. The family would like to thank the staff at Flowers Hospital and Kindred Hospice for the love and compassion shown to their dad.

In addition to his parents, sister, Cathryn Johns and brother, David Craig Hanners all preceded him in death.

Survivors include his wife, children, grandchildren, brother and other extended family and friends.

Add Your Own
I’m so sorry, Carl will always be remembered in our hearts.