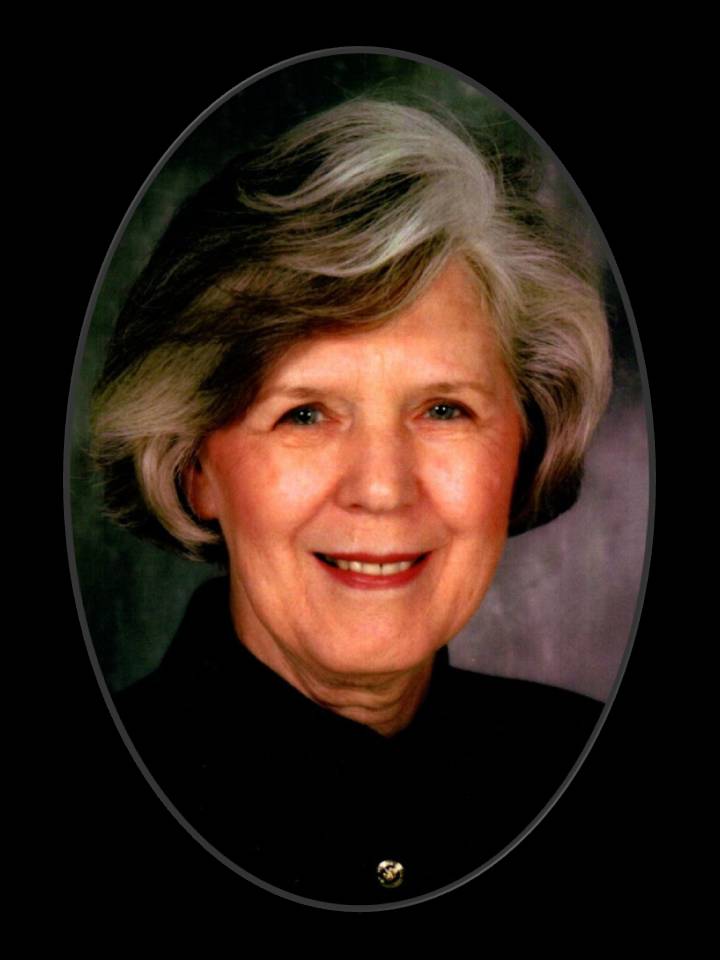 Mrs. Marjorie Ann Hughes Harris, 81, of Dothan passed away Tuesday, October 3, 2017 at her home surrounded by her loving family.  Funeral services will be held at 2:00 p.m. on Monday, October 9, 2017 at the First Baptist Church of Slocomb. Interment will follow in Memory Hill Cemetery, Dothan, AL with Sorrells Funeral Home & Crematory of Slocomb directing. The family will receive friends at the funeral home on Sunday from 4:00 p.m. until 6:00 p.m.  In lieu of flowers, the family requests that you honor Marjorie's memory with your contribution to The Troy University  Marjorie Hughes Harris Memorial Scholarship: 301 Adams Administration Building, Troy, AL 36082.  Marjorie was born February 28, 1936 in Geneva County to the late Charlie Wade and Lola Bell Brookins Hughes. She was a 1954 graduate of Slocomb High School. In 1957 she graduated from Troy State University with a BS degree in Business Education, which she taught at Donalsonville High School in GA. Marjorie married Lawrence Harris in 1959 and they moved to Virginia where Lawrence attended Army training. When they returned home to Slocomb, they both began their lifelong banking careers at Slocomb National Bank, now Friend Bank, where she continued to work for over 50 years, eventually achieving the titles of President, Chief Executive Officer and Chairman of the Board. She retired from the bank in 2014. Marjorie was selflessly involved in the community and served on many boards and committees. She was instrumental in the organization of the Slocomb Alumni Association which continues to raise thousands of dollars annually to support the schools. She served on the Slocomb Centennial and Park Committee which was responsible for the gazebo, walking trail and benches at Centennial Park. She served on the stain glass committee at the First Baptist Church which was successful in placing beautiful stain glass in the sanctuary windows. She did so many things to improve the lives of others but one of the greatest impacts was establishing the David Lawrence Harris Scholarship Fund after his death in 1991.  The fund has provided scholarships for over 30 Slocomb graduates to attend the University of Alabama. She always said that her greatest accomplishment was her three beautiful daughters. Marjorie was awarded the honor of being selected as the 1992 Slocomb High School "Alumnus of the Year" and twice selected as the City of Slocomb "Woman of the Year" in 1976 and 2002. She was a caring and active member of the community and her kindness and generosity will be missed.  In addition to her parents Marjorie was preceded in death by her husband of 31 years, David Lawrence Harris, one sister, Vivian Howell; four brothers: Glenn Earl Hughes, Charles Rudolf Hughes, Gene Lamar Hughes and Gerald Wade Hughes.  Survivors include three daughters: Harri Anne H. Smith (Charlie), Slocomb, Hope H. Johnson (Joseph), Dothan and Kay H. Christiansen (Brett), Salt Lake City, Utah; six grandsons: J.H., Lawrence and James Johnson, Harris, Simon and Henry Christiansen; one loving sister, Sandra Hughes Spivey, Dothan; numerous nieces, nephews as well as many grand dogs.  The family thanks her special caregivers: Mot Andrews, Pokie Craig, Kathy Hutcherson and Charlotte Reese.

Marjorie was a long time friend to my parents, Manja and Jim White, and to us. I loved our talks on the beach our meeting place whenever we happened to be in Florida at the same time. It was always a wonderful time. Our deepest condolences to your family. Sincerely, Mike, Chris, and Brittany

I ask that the Holy Spirit will be your comforter at that time in your lives and that he will give you the strength as the day approaches for the sweet see you laters on the other side. The Williams family is praying for you.

May the upcoming days before the funeral and the days afterward be filled with wonderful memories, love for one another, and peace. Your Mother has reaped her rewards in Heaven; no suffering and having a wonderful celebration with your Father, brothers, sisters, and so many more family members and friends. Your parents have left you with a wonderful legacy, one that I see in her daughters of caring for others, love of the communities where they reside and fairness for all individuals. Daily I look at her portrait at work and know she was a caring, intelligent, and meticulous individual. God Bless you all, lean on one another, and know that your family is being prayed for during this sad time.

Our deepest sympathies to Mrs. Harris's family. May you find peace and comfort in those precious memories you all have and made together. God bless you .
Our sincere sympathy to "Miss Hughes'" family. We were both in the class of 1959 at Seminole County High School and loved our Miss Hughes very much. She was Pat's cheerleader sponsor and taught both of us typing. Wayne's claim to fame was that he tied one of her typewriters to the string on one of the blinds and threw the typewriter out the window. He thought the string would hold. IT WOULDN'T. He wound up having to pay for the typewriter but has thoroughly enjoyed telling this story for many years. Please know we have your family in our prayers. Sent with Christian love....

We are so sorry for the loss of your mother, sorry that we are unable to attend her visitation!! God Bless her & the family.
We are very sorry for your loss. Marjorie was such an inspiration. She was strong, yet graceful. She will forever leave her mark in Slocomb.
We pray The Lord will comfort you and give you peace.
Sincerely Ralph and Cindy

We are so sorry for loss she was a very lucky lady to have such a loving family and all of you were blessed to to have her in your lives. God called her home and you are all in our prayers and hearts.

Dear Harri Anne, Hope, Kay, Charlie, Joseph, Brett & Family, I am truly sorry to hear about losing your Mom, Mother-in-law and Grandmother. Marjorie was a lovely lady whom I knew many years ago, a Seagrove Beach, before Seaside took over that part of the coast. I enjoyed spending time at the beach with Marjorie (when Lawrence was still with her), we, Ashley White Ferman, & I had such great times 30 years ago. I know this time is the hardest to endure. God wrap his arms around each of you, with every hug received. Know that she is with God and Lawrence, who is her beloved husband, your Dad. Peace for your aching hearts and souls- God Bless and keep you. Fondly, Wendy & Dave Flamand Huntsville AL