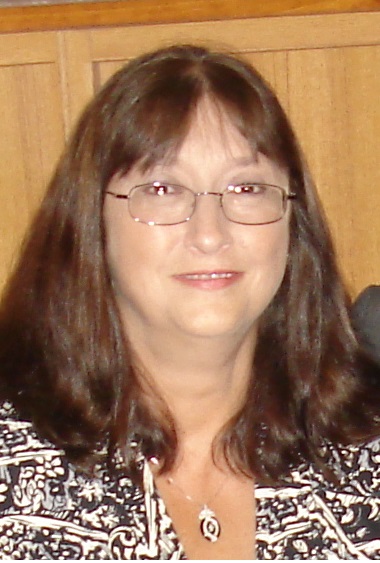 Sarah Denise Lassiter (Tindell), 53, passed away on July 29, 2017, after a long and courageous fight with cancer.

Funeral services will be at 2:00 p.m. Thursday, August 3, 2017 in the chapel of Sorrells Funeral Home & Crematory in Slocomb, Alabama.  Burial will follow at the Taylor Assembly of God Cemetery in Taylor, Alabama.  The family will receive friends at the funeral home Wednesday, August 2, from 5:00 - 7:00 p.m.

Born December 14, 1963 in Dothan, Alabama, Denise was a graduate of Rehobeth High School.  She was raised in the community of Taylor, Alabama, and spent her entire life living in the Wiregrass area.

Denise was preceded in death by her father, Grady Tindell.

She is survived by her husband, Donald; her son, Frankie Blackburn (Veronica); her stepson, David Lassiter; her mother, Elouise Tindell (David Gerdan); and her beloved grandchildren, Natalie, Rebecca and Julie Blackburn.  She is also survived by her father- and mother-in-law, Donald Sr. and Rose Lassiter; and a host of aunts, uncles and cousins of the Tindell and Branton families of Southern Alabama.

Add Your Own
Thinking of you Elouise and the family and sending our love and prayers. Marty and Mary Kornegay whitsett
Sorry for your loss, Denise will be missed by all who knew her, my love and prayers are with you and your family, God bless!
Dear Lassiter Family,
I am writing to extend my condolences. Mere words cannot convey the feelings of disbelief and sorrow that result from losing someone you dearly love. Please do not dismay, for God has a purpose for those who are sleeping in death.
In the book of John 5:28, 29 Jesus says, All in the memorial tombs will hear his voice and come out. Yes, your dear loved one will live again, so don’t think of your loss as permanent. Also, Ecclesiastes 9:5 says that, the dead are conscious of nothing at all. How comforting to know that our dear loved ones are not suffering!
It is my sincere hope that you get a great measure of comfort from the Holy Scriptures.