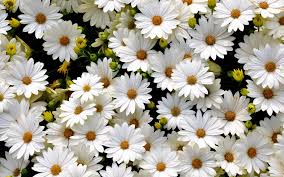 Mrs. Shirley Ann Moss passed away Friday, June 23, 2017 at Flowers Hospital. She was 62.  Funeral services will be held at 2:00 p.m. on Wednesday, June 28, 2017 in the chapel of Sorrells Funeral Home & Crematory in Slocomb with Minister Rodd Jones officiating.  Interment will follow in the Millville United Methodist Church Cemetery.  The family will receive friends at the funeral home on Tuesday from 5:00 until 7:00 p.m.  Mrs. Moss was born August 10, 1954 in Hillsborough County, Florida.  Shirley taught elementary school in Washington County, Florida until her retirement. She loved to fish and enjoyed taking walks with her favorite little canine companion, Lucy.  She was a loving wife, adoring mother and nana who will be dearly missed.  She was preceded in death by her mother, Marilyn Davis, one brother, Robert Lamar Uptagrafft as well as her grandmother, Mazie Uptagrafft.  Survivors include her husband of 45 years, Roger Moss; one daughter, Jennifer Neitsch (Jeffrey); grandchildren: Zachary Ethan and Hannah Kristen; one brother, Curtis Ray Uptagrafft; aunts: Effie Westfall and Sara Ann McKenzie; and other extended family and friends.

We are so very sorry to hear of Shirley's passing. We are praying for you to find comfort in knowing that Shirley is now home with our Lord. We are currently out of town and unable to be there. Ma God bless and keep you all.
Much love,
Donna and Charles.

Dear Roger and Jennifer, I am so sorry to hear that Shirley passed on. I just saw you two in church a few months ago. I got to know her better when we took that class in Pensacola, making that long ride so much. I read where you two were married 45 years. I can't imagine the aloneness now. I cannot even imagine the empty place in your and Jennifer's heart. I will pray for strength and comfort for you both.