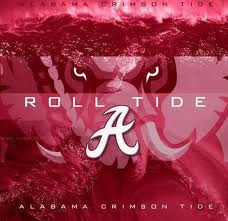 Celebration of Life services will be held at 5:00 p.m. on Friday, August 19, 2016 in the chapel of Sorrells Funeral Home & Crematory in Slocomb with Rev. James Preachers officiating. The family will receive friends one hour prior to service time.

Brandy was born July 3, 1975 in Coffee County to the late Charles Salter and Carol Rials Caddell. She was a 1993 graduate of Slocomb High School and received a degree in nursing from Wallace Community College. Brandy was a loving wife, daughter, sister and an adoring mother. She was an avid Alabama football fan. Roll Tide!

In addition to her father, her step-father, Jim Caddell and a nephew, Hudson Darnell preceded her in death.

Add Your Own
My condolences for your loss. The Bible calls death an enemy, and when it takes those we love, it truly is. (1 Corinthians 15:26)
God will remember those who have died and bring them back to earth to enjoy life forever. (John 5:28,29; Psalm 37:11,29)
Soon he will wipe away all tears, and death and pain will be no more. (Revelation 21:3,4)
May you find comfort in these promises.