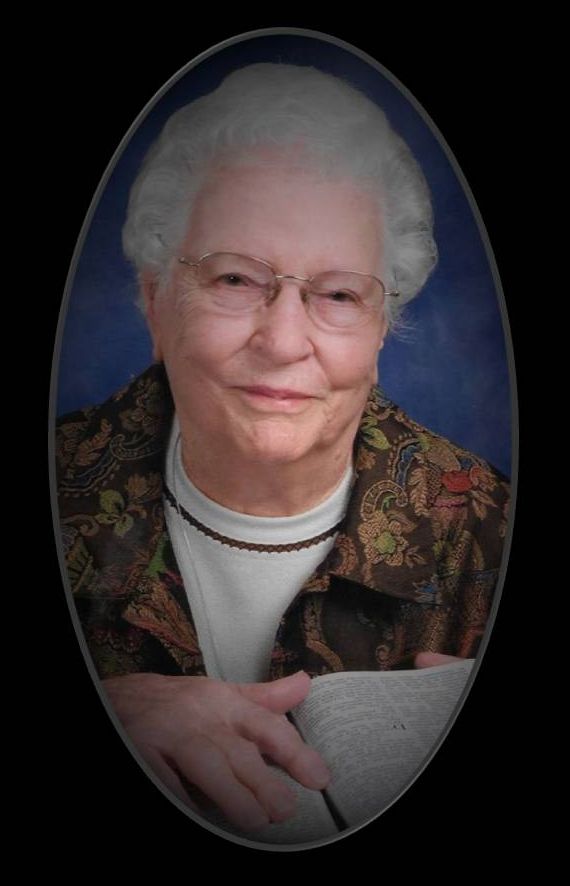 Mrs. Donnette Hicks Peacock of Slocomb went home to be with the Lord Sunday, July 31, 2016 at her home surrounded by her loving family.

Funeral services will be held at 11:00 a.m. on Wednesday, August 3, 2016 at First Baptist Church of Slocomb with Rev. Scott Byrd and Rev. David Williams officiating. Interment will follow in the Slocomb City Cemetery with Sorrells Funeral Home & Crematory of Slocomb directing.

At all other times the family will receive friends at the home of Diane and James Smith, 153 West Court Street, Slocomb.

Mrs. Peacock was born February 20, 1921 in Slocomb to the late James Hendley and Nettie Viola Davis Hicks. Donnette was a member of First Baptist Church of Slocomb and the Lydia Sunday School Class where she served as treasurer for many years. She graduated from Slocomb High School in 1940. She began working with the Van Heusen Corporation in Geneva. She retired after 45 years of service. Mrs. Donnette and her husband Rayford owned and operated the Slocomb CITGO Station for 25 years. She loved her family and extended family dearly and was there for each and every one of them. Her family and the community of Slocomb will dearly miss her.

In addition to her parents, her husband, Rayford R. Peacock and her brothers and sisters: Willie Mae Clark, Ina Dykes, Charlie Hicks, Velma Lassiter, Wesley Hicks and Devon Hicks all preceded her in death.

Survivors include her daughter and son-in-law, Diane and James Harlow Smith, Slocomb; Her granddaughters and their husbands, Nicole (Nikki) and Ryan Hales, LaShea and Trevor Cotton and Brooke and Zach Segrest all of Slocomb; her great-granddaughters: Sydney and Maggie Hales, Cameron and Rayleigh Cotton, Georgia and Wallis Segrest; several nieces, nephews and other extended family and friends.

The family would like to express their sincere appreciation to Karen, Glenda and Shelley of Gentiva Hospice for their compassionate care.

Add Your Own
Mrs. Peacock has a special place in my heart, I spent many nights at her house. I visited her several times over the years and I love her and Diane so very much.
Diane,

So sorry to hear about your loss.

Randy McNeil
You have my deepest sympathy. It's sad, but we've all had to endure the sorrow of losing a loved one in death. What helped me the most was prayer and faith in Jehovah God's (Psalms 83:18) promises like found here at Psalm 34: 18 and it tells us: "Jehovah is close to the brokenhearted; He saves those who are crushed in spirit." For more comforting scriptures please visit: http://bit.ly/1K38EFt. The family is in my prayers and I offer my heartfelt condolences. Feel free to contact me if you wish at my email address; myranj@centurytel.net