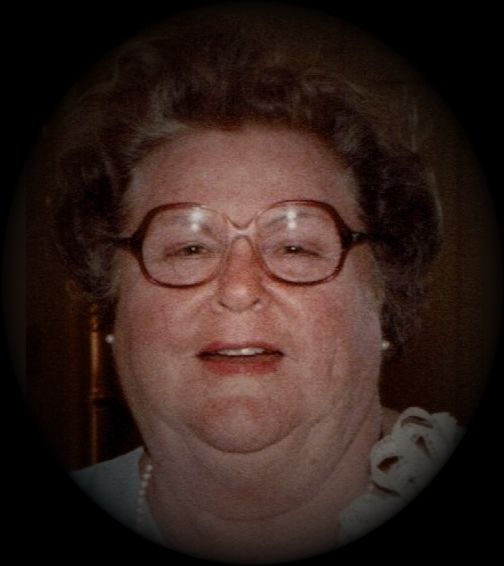 Mrs. Mary Grace Holloway, of Fadette, Alabama died early Thursday morning, October 29, 2015 at the age of 92. Grace Garrett was born June 4, 1923 in Birmingham, Alabama to James and Floy Glenn Garrett. She was one of seven children. Grace moved with her family to southeast Alabama during the Great Depression. The Garrett family eventually settled on a farm just southeast of Malvern, near Underwood Mill Creek. Grace attended school at Burns School and later, at Slocomb.  She often recounted to her sons that she was quite a tomboy, able to outrun most of the girls and boys around her. Outfielders always had to back up when she was at bat.

In her late teen years, she met Zell Holloway, a young man from the Fadette area. They married on June 12, 1941 on a Saturday afternoon in Slocomb. Grace and Zell were married for more than 64 years until Zell's death in 2005. During their long and loving marriage, they worked together very hard on a small farm just north of Fadette. Many friends recall seeing Zell and Grace " sweeping the yards" together.

Grace was a member of Corinth Baptist Church and had previously served as church secretary. She believed and trusted in God. Throughout her life, Grace was a humble, kind person. Grace and Zell had two sons, Alton and Hugh, whom they raised on the farm in a loving and nurturing home. Grace was an excellent wife, mother and grandmother. She helped on the farm, often working in the fields with Zell, reared animals, and was a fantastic baker and cook. Many neighbors bought her  home-raised milk, butter and eggs. She made lots of delicious cakes and pies with those farm products. Grace always wore a smile and was friendly and courteous to all around her.

She and Zell were blessed with wonderful relatives and neighbors in the Fadette community and beyond. Particularly wonderful friends and neighbors were Betsy and Larry Newton. Grace helped raise their six lovely children. Grace was also blessed to have as her only sister, Christine Nichols. She also enjoyed the love of her four, each-unique sisters-in-law, Zell's sisters and especially, Mrs. Marie Watkins Phillips, who was like another sister to Grace. Grace was very proud of her sons and their wives. Alton, and his wife, Dianne, gave Grace four beautiful granddaughters, Ginive Reeder (Aaron), Amanda Creel (Jason), Brittany Sellers (Dusty), and Millicent Holloway. Hugh and Kathy gave Grace a very beautiful red-headed granddaughter,  Dr. Lauren Holloway Lee ( Stephen). Grace took great pride in her granddaughters and their accomplishments. At the time of her death, she also had seven great grandsons and one great-granddaughter, Mary Grace Creel.

Grace would sometimes reflect, later in life, that she was the longest living of the Garrett siblings, Sam, Robert, Elmer, Don, Morris and Christine. She is survived by additional relatives in the Wiregrass area and in Florida, including Don's widow, Peggy Garrett. Grace overcame major illnesses in her life with the help of her loving husband, family and numerous talented doctors and staff who cared for her. Over her final years, when beset by dementia, she received wonderful care at Signature HealthCare in Graceville, Florida under the direction of Dr. James Clemmons. Her sons greatly appreciate the compassionate care she received from the staff there.

The family will receive friends at Sorrells Funeral Home & Crematory in Slocomb from 2:00-4:00 p.m., Sunday, November 1, 2015.  Funeral services will be held in the chapel at 1:00 p.m., Monday, November 2, 2015. Burial will follow at the Corinth Baptist Church Cemetery. In lieu of flowers, memorial donations may be made to the Alzheimer's Resource Center or the Susan Komen Foundation.

I never met Mrs. Holloway & don't know her family. However, I just read her obituary & I feel as if she was one of my closest & dearest friends. What an awesome description of her life & what a legacy she leaves behind for loved ones to cherish. My thoughts & prayers are with each of you. God Bless!

You were the greatest aunt ever. I love you so much.I know you and Mom are giggling and laughing together. I pray for all the family.

I know who was standing at The Gate with St. Peter, her beloved sister Christen. I know Aunt Grace and Granny are giggling together just like they did every time they got together. Their laughter is causing the angels to sing louder.Dear Alton and Hugh, watching how devoted you were to your Mama has always touched my heart and is the inspiration for me taking care and enjoying everyday I have with mom. All of you are in my prayers. Cheri

God Bless this loving family at this time of loss. Prayers for you. The Bobby and Kay Thomas Family
We are so sorry for the loss of our sweet Aunt Grace. And we remember all the fun times we spent at your farm in Slocomb. We know that our Granny was waiting for you with open arms, so happy to see her sweet sister again. Alton and Hugh your families are in our thoughts and prayers. Aunt Grace will be missed greatly.We love you, Judy, Shayne, Andrea & Stephanie Nichols.
Hugh, Alton and the entire family. Earl and I was so sorry to hear about Aunt Grace. Earl is really taking it hard. I loved her also and she always considered me as part of y'all's family. Earl often talks about her and uncle Zell. Please know that we are praying that The Lord will comfort all of you. Losing a mother is especially hard. We will never forget what a wonderful person. We love you all...Earl and Susan Clements.
I can not find the words to say how sad this loss makes me feel. I was fortunate to have spent many days as a child on Uncle Zell, and Aunt Grace's farm. I remember the smell of her kitchen like it was yesterday. Alton, and Hugh, I will never forget the kindness that your entire family showed me as a young boy. You are in my prayers. I love you all.
I have been blessed to know the Holloway family they are like family to us and we have known them since the early seventies Mrs Grace raised two wonderful sons and they went on to have wonderful families of their own Mrs Grace was always so kind to me and I enjoyed her visits at Hugh and Kathy's home and I also enjoyed talking to her on the phone she was a dear sweet loving person and I have been blessed through her and her family I will always hold a special place in my heart for Mr and Mrs Zell Holloway My love thoughts and prayers go out to all the family It is hard to lose our parents or any member of our family. Always remember WHEN THE ROLL IS CALLED UP YONDER WE WILL ALL BE THERE!! Until we meet again what a glorious day that will be AMEN GOD BLESS I LOVE YOU HUGH KATHY LAUREN AND STEPHEN
Hugh and Alton, I was so very sorry to hear of your moms passing. Years ago, My mom, sister, brothers family and I went to church at Corinth and got to know Mrs. Grace and Mr. Zell. Wonderful people. In fact during that time, my mom and dad had their 50th wedding anniversary and they are in the photo of the extended family who attended. May God Bless and sustain you during this difficult time. Vicky Peters Jimmerson

Alton and Hugh:
It is with a heavy heart I read of your mother going home to be with the Lord. I am encouraged that your precious mother was the Christian woman that she was. We know she will be there when we all join her and rejoice at our eternity to all be together in the perfect world that Jesus has prepared for those who love and trust in Him. Be of good cheer, for we all know what the future holds. Bill and Gail Bruce in Dothan
Hugh, Alton & families:
I am so sorry to hear about your loss. My prayers are with you in this difficult time.