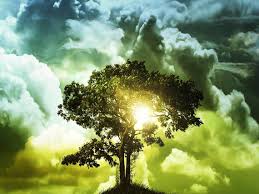 Mr. Christopher Alexander Robinson of Hartford went home to be with the Lord Thursday, August 13, 2015 at his residence after an apparent heart attack.  He was 48.

Funeral services will be held at 3:00 p.m. Sunday, August 16, 2015 in the chapel of Sorrells Funeral Home & Crematory in Slocomb with Rev. Bruce Spivey officiating.  Interment will follow in Hartford City Cemetery.

The family will receive friends at the funeral home Sunday from 1:00 p.m. until service time.

Chris was born January 31,1967 in Houston County to Judy Ann Herring Childs and Elmer Alexander Robinson.  He was a member of the 1985 graduating class of Geneva County High School before attending Wallace Community College where he earned a Certificate in Electricity.  He was currently employed at the Medical Center Enterprise. Chris was a member of Sardis Church  and loved the Lord and his family dearly.

He was preceded in death by his mother-in-law, Evelyn Thorne as well as his step-father, Joel Childs.

I worked with Chris at MCE. His smile and sense of humor will truly be missed. Chris would always smile and ask how we were doing and he was truly interested in how you were doing. Chris was a dear friend and I am proud to have known him and to be able to call him a not only a co-worker but a friend. My thoughts and prayers are with the family.
Judy McDuffie
Sterile Central Supply
MCE
My thoughts & prayers go out to an amazing family.
RIP to my BEST Friend!