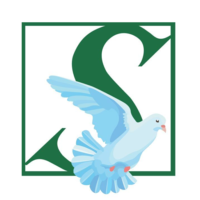 A Celebration of Life Service will be held at 4:00 p.m.on Monday, May 18, 2015 in the chapel of Sorrells Funeral Home & Crematory in Slocomb.

The family requests that in lieu of flowers contributions may be made to the family to help with expenses.

Jerry was born October 5, 1964 in Houston County to the late Sherrill Smith and Patsy Waters Smith.

He was preceded in death by his father, Sherrill Smith; grandparents Emmett and Lettie Waters and Louie and Donnie Martin.

Add Your Own
Dear ms. Patsy and family,
When I came by your house today, I knew something bad had happened. Words can't describe the sadness I feel for you and your family. I can't believe Jerry is gone. You will be in my thoughts and prayers.

With love,
Jill
Stacey & Wanda, I am so sorry for the loss of your brother. Please know that Jeff and I are here for anything that your family might need.
Jerry you were a good friend and a good person. Thanks for all the memories.....