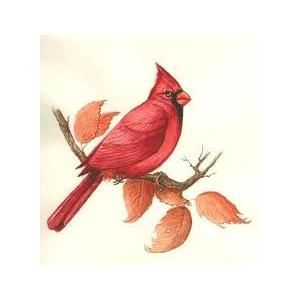 Ms. Dorothy Jolene Winingham of Taylor passed away Monday, March 2, 2015 at her home. She was 48.

A Celebration of Life service will be held at 11:00 a.m. on Saturday, March 7, 2015 at First Baptist Church of Slocomb with Rev. David Williford officiating and Sorrells Funeral Home and Crematory of Slocomb directing.

The family will receive friends at the church on Saturday, beginning at 10:00 a.m. and continuing until service time.

In lieu of flowers the family request that contributions be made to the American Cancer Society Hope Lodge, 2121 Southwest 16th Street, Gainesville, FL 32608.

Jolene was born January 11, 1967 in Houston County to William Rames and Dorothy Warr Creel. She possessed a kind and gentle spirit and loved to make people smile. Known as "Sunshine" to her family and friends, Jolene always brightened  up the room with her sunny nature and was the manager of the Tomato Patch at Dalton Pharmacy in Slocomb. Above all else, Jolene's greatest pleasure in life was being the proud mother of Jacey and Jake.

She was preceded in death by her grandmother, Ollie Butler, grandfather, Otis Warr, step-grandfather, Okely Butler and paternal grandparents, M.L. and Corina Creel.

Add Your Own
Dearest family and friends.. I am so very sorry to here about Jolene. I did not teach her but did remember her in the Slocomb school and was blessed to teach her son Jake. Such a wonderful family and know that you all are in my prayers.
so sorry about Jolene such a sweet, sweet girl,she will always be remembered by her sweet smile and personally ,Emily snellgrove,
Jayce and Family, we were so schocked and saddened at the loss of your mother. Your family is in our thoughts and prayers. Love, Ricky, Jenny, Lanie and Daulton Dixon
We are lifting all of you up in our prayers during this hard and sad time. May God wrap his loving arms around you and give you peace and comfort. Cora, I miss you everyday. I am truly so very sorry for the loss of your dear sister. Big hugs from Arizona. Love you sweet friend.
I am so sorry for your loss,Our thoughts and prayers are with you!
My thoughts and Prayers go out to ur family I will never forget joeleen and her sweet voice she was such a sweet lady.
To the family of Jolene:
We will always be touched by Jolene, her infectious smile and outlook on life. We are the ones that were blessed to have known her. You will be in our thoughts and prayers as you go through this journey of saying goodbye and adjusting to your life without her being physically with you.
Kenny and Maelynn Hatfield
UsuIRU http://www.FyLitCl7Pf7kjQdDUOLQOuaxTXbj5iNG.com
OUR THOUGHTS AND PRAYERS ARE WITH YOUR FAMILY
So sorry to hear about the passing of your loved one. Praying for comfort and strength in the days to come. May God bless you all.

Sarah Smith Phillips
To the family of Jolene Winingham, I am so sorry to hear of your loss of a very sweet and kind person.Jolene always made people smile. She will truly be missed.We will continue to pray for god to give you all strength during this tough time.
Such sunshine will be truly missed. I'll forever think of that smile and sweet spirit. We were not as close in age as her older sisters but this precious little bundle added such joy to our families. I love you all and will fervently pray for your peace and comfort during this difficult time.

Jan Creel Taylor
Sorry for your loss Jolene was always so nice and so friendly and was always smiling whenever you saw her in school. I will be praying for your family. Class of 87
Our thoughts and prayers are with each family memeber during this time. We will always remember that sweet smile she always had! Thank you for sharing Jolene with us! She will be missed.
Jolene never failed to make my day when helping out with my purchases at The Tomato Patch! She was customer service in every way and have missed her so much. Thoughts and prayers will continue for all of her family and dear friends. She was a blessing and will not be forgotten.
We're so sorry to hear about Jolene. She was such a sweet kind person, I can just see her sweet smile as I write this. I know that even though it's a sad time I hope you remember that she was loved by all. May God bless each one of you through this very difficult time.
I am so sorry to hear about ms Jolene. I knew her such a short time while doing my extern at daltons last year but I feel lucky to have been blessed to know her ...my love and prayers are with her beautiful friends and family
Although I never had a chance to meet Jolene in person, I knew her. I know that she made my brother's world a happier place by being in it. I have seen changes in him brought about by her gentle and loving nature that have made him a better person and hope that his humor and love had the same effect on her. Jolene, Mark and her entire family are in my thoughts and prayers.
To the family of Jolene I am so sorry for your loss she was a really special person she always had that big smile on her pretty little face and never met strangers Dot just know that she will always be looking down on you guys smiling and I know she loved her family because you all are wonderful people I wish I could take the hurt away and I can't say that I know what you're going through but I don't if theirs anything that I can do please let me know.Just keep God in your hearts and put it in his hands and he will help ya'll through the hard times.To one of the kindness families in Slocomb and the sweetest.Jean CAMPBELL
Patti and family,
My thoughts and prayers are with you all in this time of remembrance.
Rick McCommon
This world has lost a beautiful soul. I will miss her dearly. I loved her not only as a customer but as a friend. Praying for comfort for her family