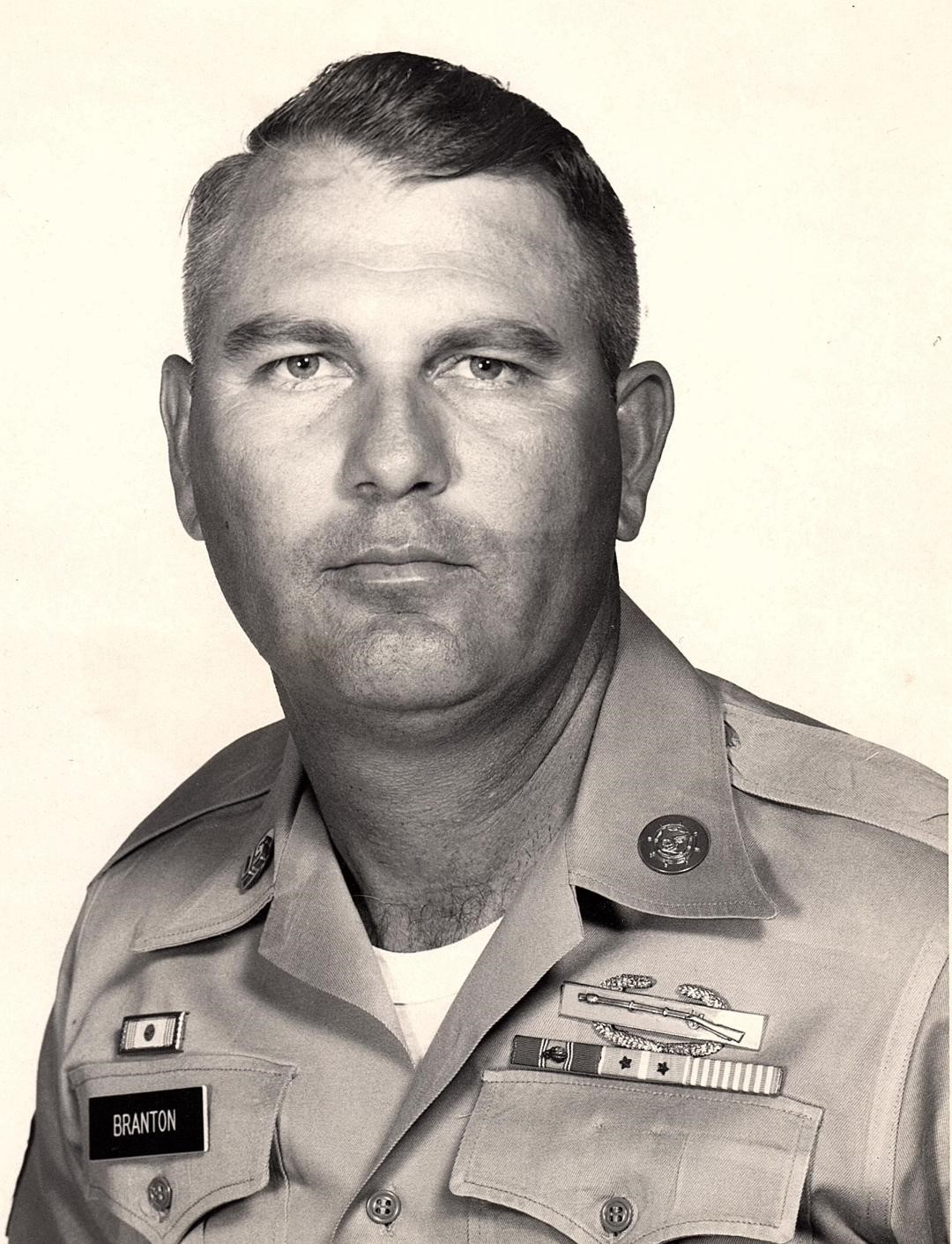 SFC Chalmus Branton, USA Retired, of Malvern passed away Wednesday, January 2, 2019 at his home. He was 88.

Funeral services will be held at 2:00 p.m. on Saturday, January 5, 2019 in the chapel of Sorrells Funeral Home in Slocomb with Rev. Chuck Spivey officiating. Interment will follow at the Gardens of Memory Cemetery with full military honors.

SFC Branton was born August 28, 1930 in Houston County to the late Euell Upton and Era Mae Peters Branton. Chalmus was a proud veteran of the United States Army and served three tours in Korea, one tour in Vietnam, and various European tours. He retired after 27 years of honorable service to his country. After his military retirement he was employed in various jobs including a position with the Town of Malvern where he finally retired at the age of 80. Chalmus will be dearly missed by all who knew and loved him.

In addition to his parents, two brothers: Sammy Branton and Lloyd Branton preceded him in death.

Add Your Own
I will miss you and love forevermore, thank you for loving me, making me laugh, and teaching me how to coon hunt..... You and Aunt Louise have played such an important and amazing role in my life and I will never forget the great times we shared. Go rejoice with the Lord pain free and give everyone of our family members a big hug for me, tell them I love them.
To Aunt Louise,
I love you to the moon and back and am so very sorry for your loss, but Uncle Chuck is no longer suffering, he is now an Angel of God eating over you and us all. I LOVE YOU. Love, Tabby
I am sorry to hear about Chalmus. He was a good man and I was proud to be his cousin.
So sorry to hear about Chalmus, he was a hero in my heart. May God give you Louise and the kids strength, for the days and weeks ahead. Love you all. Keeping y'all in my prayers.
Thinking of you during this time.