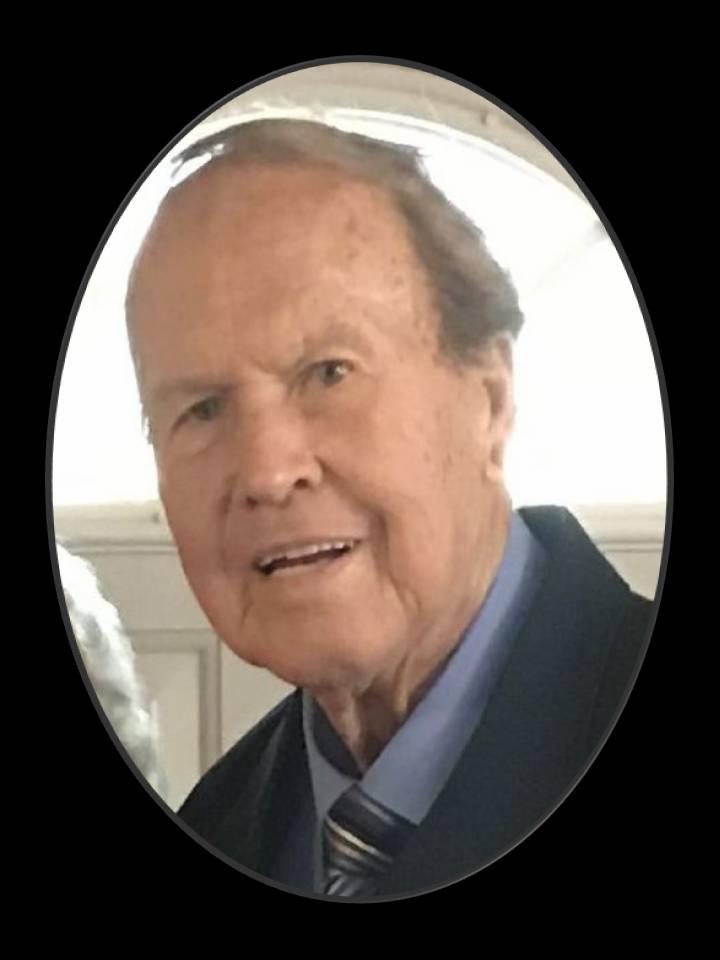 Reverend Raymond Ellis “Ray” Dean, 83, of Midland City, Alabama passed away October 18th, 2018 at his home after an extended illness.

Funeral services will be held at 11:00 a.m. on Saturday, October 20, 2018 in the chapel of Sorrells Funeral Home in Slocomb with Pastors Jason  and Kim Duren officiating. Interment will follow at the Jellico Cemetery, Wicksburg, AL.

The family will receive friends at the funeral home on Saturday from 10:00 a.m. until service time.

Flowers are being accepted or donations to the church of choice to the honor and glory of God.

Born July 7th, 1935 in Dale County, he was one of two sons to Malcolm Coy Dean and Dovie May Dean. In 1955 Ray married the love of his life Betty Jean Thompson Dean of Dothan and enjoyed 63 years of beautiful marriage and ministry together. Soon after marriage, Ray and Betty decided to begin their evangelistic ministry which led to formation of the R. E. Dean Evangelistic Association. They later founded the Ewell Assembly of God Church in Ewell, AL with early beginnings as a "brush arbor". As their ministry evolved, they also founded the Faith Deliverance Tabernacle in Ozark, AL and in Dothan, AL and the R. E. Dean / Faith Deliverance Tabernacle television ministry, one of the longest running tele-evangelist broadcasts in the region.

Spanning the entirety of their marriage, their evangelistic ministry centered on reaching into communities in Southeast Alabama, Southwest Georgia and North Florida through many venues including their tent revival ministry that served to introduce thousands to the word of God, regardless of race, color or creed. Alongside their ministry Ray established successful business operations that included Dean Motors and Ray Dean Farm Equipment Auction, Wicksburg, AL.

He was predeceased by his father, Malcom Coy Dean, mother, Dovie May Dean and his brother, Robert “Buster” Gaston Dean.

The family would like to express their sincere appreciation to the physicians and medical staffs of those who so lovingly cared for Rev. Dean during his illness. In addition, the family would like to thank Compassus Hospice of Troy and a special thank you to Wanda Price for the loving and caring service given during his final weeks and days. Also, a very special thank you to Victory Family Church of Dothan for their strength and support.

Thinking of the Dean family. So sorry for your loss. Praying for peace and comfort.

My love and prayers of comfort for the Dean family. I have such wonderful memories of your father driving us in that big ‘ol Cadillac to church. The revivals were the best because we’d always end up with candy. I didn’t realize back then how he was truly showing us the love of God. I’ll be forever grateful to both Rev. and Mrs, Dean. May God grant you peace and grace. Much love, Michele Medeiros Gravois

So sorry for your loss sister Betty and family .we enjoyed many times ,good times with u and bro dean. Your family was special to us. Praying for u in your time of sorrow. We know bro dean is in heaven .we will see him one day. Love Bro Bobby Conrad and Family

Prayers and love for your family during this time.
sorry to hear of this he was a very sweet n loving man and he will be missed .

My prayers are with you in this time of loss.

Willie's place sending our condolences and a bunch of love to The Dean Family. He was a man that stood on his word.
Deepest sympathies to the family go out from all the staff at Insurance Auto Auctions.

We send our condolences to you all. Brother Dean was always an inspiration and will be missed greatly !! We will be unable to greet you personally Saturday, but our prayers are sent your way in this time of grief.
I would like to express my deepest sympathy to the Dean Family. We've lost an extremely good man. I always considered him to be a very good friend. Please know that you all are in our hearts and prayers.
OUR PRAYERS AND THOUGHTS ARE WITH YOU AND THE CHILDREN,sO SORRY FOR YOUR LOST Peggy Starling and Family
I am so sorry to hear of his passing. May God lift up your family in this time of need.
Our condolences to the Dean Family during this time of loss. Our prayers are with you.
Kim and Family,

As Christians we experience joy and sorrow at the passing of our loved one into the very presence of our Lord Jesus. Comfort comes to us in knowing we will again see those who have gone before us. As you know, time brings us peace. Our Heavenly Father is so good to us!
Blessings, peace and much love to you all.

Aunt Betty, Jerry, Donny, Ronny, Kim, and family, you are in my thoughts and prayers. I loved Uncle Raymond and I love you all.

Expressing my deepest sympathy to the Dean Family.

I miss you Daddy. I know you're sitting on the front porch of your mansion in Heaven. Always Love.