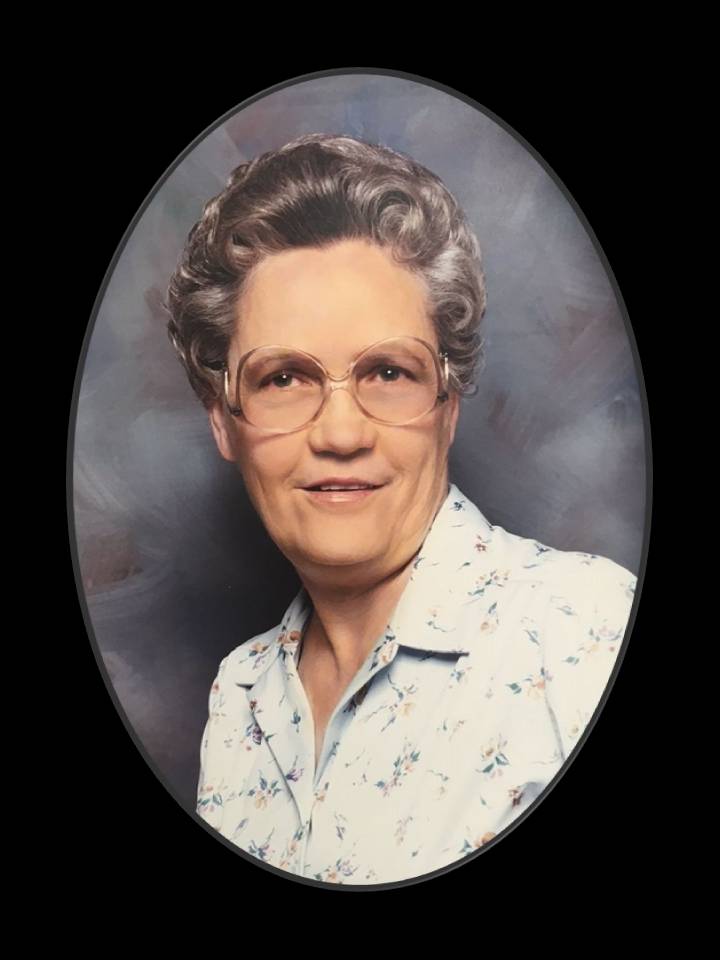 Mrs. Nina Christine Brown McKissack of Dothan passed away Sunday, April 8, 2018 at Westside Terrace. She was 92.

A Graveside Service will be heldat 11:00 a.m. on Wednesday, April 11, 2018 in the Pondtown United Methodist Church Cemetery with Rev. Neil Brown officiating and Sorrrells Funeral Home of Slocomb directing.  Mrs. McKissack was born February 17, 1926 in Geneva County to the late Abner Lafayette and Emma Irene Dooling Brown. Nina possessed a kind and compassionate spirit and worked hard to make sure her children always had everything they needed. She enjoyed cooking, had a green thumb and was a great woman of faith. She was a loving mother, adoring grandmother and great grandmother who will be profoundly missed.  In addition to her parents; son, Fred Harris McKissack; siblings: Oscar Lee Brown, Ruth Aliene Brown, Edgar Bryant "Jack" Brown and Jasper Young Brown all preceded her in death.  Survivors include one daughter, Brenda Singleton (Joe); three sons: Kenneth McKissack (Marilyn), Gene McKissack and Charles McKissack (Terry); seven grandchildren; 12 great grandchildren; one sister, Sarah Beth Griffin; several nieces, nephews and other extended family and friends.  The family would like to express their sincere appreciation to the entire staff of Westside Terrace for the love and care given to their mother during her stay.

Add Your Own
Gene,
My sisters and I offer our condolences and prayers to you and your family. May you all find peace and comfort from the Lord in this time of great loss.
I am so sorry for your loss.love you.
IT WAS MY PLEASURE TO TAKE CARE OF YOU GRANNY I'M GONNA MISS YOU YOU SO MUCH LOVE ALWAYS SNOOPY !!!!
To All of Nina's Family, We are so very sorry to see that Nina has passed away. We became special friends with her while she was at Somerset and we loved her a lot. She always had a smile on her face and always enjoyed life so much!! We always enjoyed visiting her at Westside Terrace too. All of your are in our thoughts and prayers. What a blessed assurance it is to know that you will see her again in Heaven!! May God bless you with His peace, comfort, and strength.