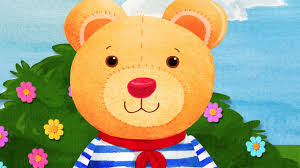 Little Charles Lucas Richards, infant son of Gary and Emily Trammell Richards and brother of Jasper, received his tiny angel wings on Christmas Eve 2016. Though only here for a few short days, he filled the hearts of his family with a lifetime of joy.

A graveside service to celebrate his life will be held at 2:00 p.m. on Tuesday, December 27, 2016  at New Hinson Baptist Church Cemetery with Rev. Benji Johnson officiating and Sorrells Funeral Home & Crematory of Slocomb directing.

Little Lucas was preceded in death by his great-grandfather, Charles Walker Trammell; great-grandparents: Daniel and Sarah Smith and William and Viola Richards.

In addition he is survived by his grandparents: Eric and Denise Trammell and Mitchell and Bessie Richards; aunt, Amber McNeal (Ben); cousin, Eli McNeal; and other extended family and friends.

Add Your Own
Emily and Gary. We are so sorry for your loss. I pray for peace and comfort for your whole family during this difficult time. You all are in our thoughts and prayers.
I am very sorry for the loss of your beloved, Charles. Please know that God is aware of your pain and he cares for you. (2 Corinthians 1:3,4) . I pray that you are able to find comfort in God's promise of paradise where there will be no more pain and sorrow (Revelation 21:4,5)  and the many wonderful  memories of your precious son becoming a reality in the future  resurrection in paradise.  (Acts 24:15). Please accept my sincere condolences. (JW.org)
I just wanted to thank you for the impact you had on our son Taylor (he had you for math last year) and tell you how sorry we are for your loss. We will be praying for your family.