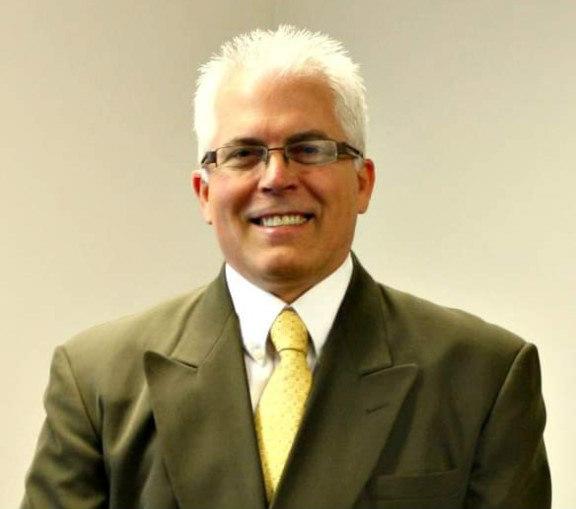 Mr. Jimmy Jay “Jim” Maxwell of Dothan passed away peacefully Sunday at 2:58 a.m., August 7, 2022 surrounded by his wife and children at UAB. He was 58. Funeral services will be 10:00 a.m. on Saturday, August 13, 2022 in the chapel of Sorrells Funeral Home of Slocomb with Bishop Larry Brown officiating. Burial will follow at Memory Hill Cemetery with Sorrells Funeral Home of Slocomb directing. The Maxwell family welcomes all to the viewing at the funeral home on Saturday beginning at 9:00 a.m. and continuing until service time at 10:00 a.m. The family gladly excepts flowers, but in lieu of flowers contributions can be made to VENMO @Lisa-Maxwell-36.   Jim Maxwell was born April 29, 1964 in Fullerton, California to Sheryl Lee Lamberson Maxwell and the late Milton Sidney Maxwell III. Jim Maxwell was a one of kind person. He was the most generous, honest, loving and giving person you could ever meet. He entered this world in Orange County, CA where he grew up with his parents, grandparents, cousins, uncles, and for a short time lived with his beloved maternal grandparents on 'the farm'. His childhood consisted of doing pranks {some more serious than others}, loving his many animals, but mostly Grid, going to church with Grandma Millie and Grandpa Willard, where Grandpa served as Bishop. Jim learned a lot from Grandpa, and first served as 1st Counselor in his "Cortina 3rd" Queen Creek, AZ. ward, and then, served his Eagle Mountain, UT. "Southmoor" ward as Bishop, with honor. Jim met his eternal best friend Lisa in high school his junior year at Brea-Olinda high school. After dating for several months, they married one month after she graduated. Life wasn't easy in the beginning. They didn't have a car or a phone and lived in a tiny apartment, but they made it work with a lot of love and sacrifice. One day during the week, when Jim had a day off, and Lisa was grocery shopping, two missionaries from The Church of Jesus Christ of Latter-Day Saints knocked on his door. He had been on knees that day, praying that a change would come in their lives. Their family's life would forever change from this day on. Jim had been a member of the Church, but had not been active for many years. Lisa was not a member. Lisa was baptized, and they were sealed for all time and eternity on November 19, 1988. Their two daughters were in attendance, their son would be born a year and a half later. After struggling in CA for a few years as a family, Jim came home one day and said he had been praying for a change. That change would come in a move to Utah. They packed up their little family of five, and with no job, no winter clothes, but a strong answered prayer, and headed to Utah. Within days, Jim had found a place to live and a job. They would live in Pleasant Grove for two years, until they found their 800 sq ft burned out house in Nephi. Within 60 days, Jim and Lisa had totally gutted their house, and rebuilt it. They would live in that house for two years, before moving to a slightly larger house in Nebo Heights, in Nephi. They would raise their children there. Jim would coach Janelle in soccer, where they would win the city championship; he cheered her on in dance, taught her to drive, and fiercely protected her against all of the boys. He practiced playing softball with Darci, and would even accidentally break her nose in the process. He cheered her on throughout her high school years, as she excelled in softball and art. Jim coached Landon in football, basketball, baseball, as well as work with his son to achieve his Eagle Scout. You could always find Jim out in the yard with his family, whether it was playing sports, jumping on the trampoline, BBQing, attending to his garden and yard, or teaching his children how to work on their cars.  If you knew Jim, you know he had a very special relationship with his Heavenly Father and Jesus Christ. Jim studied his scriptures every single day, regardless of where he was at. Jim emulated his Savior by example, word and deed. He served everyone he came into contact with, especially his family. Jim held many different callings in the church, and humbly served in each one. He left his footprints where ever he served. Jim was the best Papa on earth. Jim loved nothing more than being a Papa to his sweet dozen. As his children would tell you, there isn't anything he wouldn't do for his grandbabies, whether that is holding them and rocking them to sleep, taking care of sick babies, calling them, texting them, having teenage talks, teaching them to drive, taking them on volunteer trips to help out hurricane victims, or being a coach again. Even when his children moved out of state with their families, Jim and Lisa would make visits, they would also make sure to call, text and Skype in between visits.   Jim was a huge Los Angeles Rams, California Angels, Utah Jazz and BYU fan. Jim loved attending as many games as he could.  When he couldn't attend, there were many cheers and yells while watching at home. There were many family group chats/texts during these games as well. Jim's motto was: "It is what it is".

In addition to his father, his grandfather and grandmother, Jay Willard Lamberson and Millie Lamberson; grandmother, Doris “Nana” Adams; grandparents: Milton Sidney Maxwell Jr. and Clara Bell Maxwell all preceded him in death.