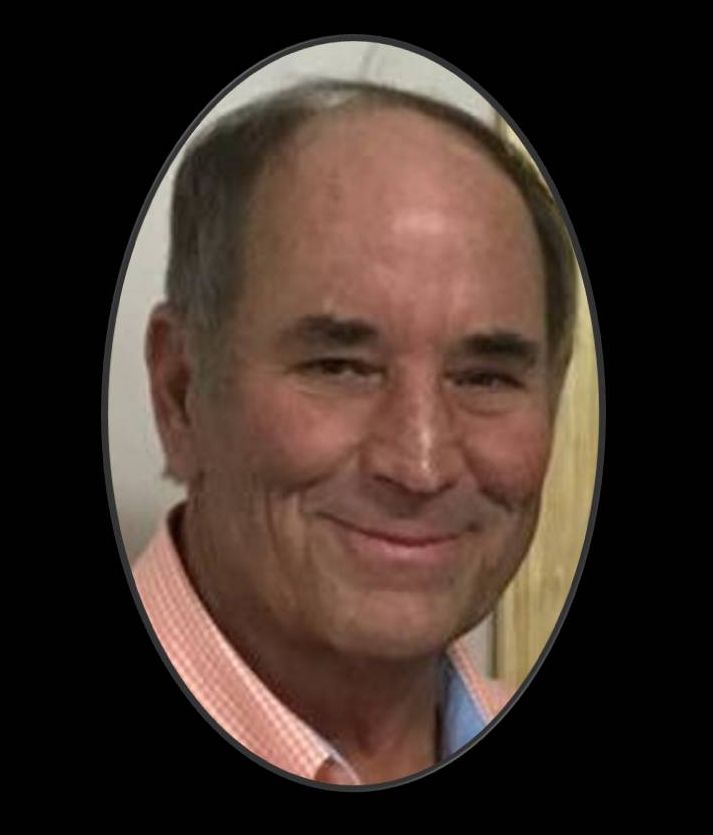 Larry Wyatt Carpenter  went home to be with his LORD, Tuesday, September 19, 2017 at his home surrounded by his loving family.  He was 61.  A Celebration of Life Service will be held at 2:00 p.m. on Sunday, September 24, 2017 at Piney Grove Assembly of God Church with Rev. Malcolm Parker, Rev. Eric Norris and his son, Bryan Carpenter officiating.  Interment will follow in the church cemetery with Sorrells Funeral Home & Crematory of Slocomb directing.  The family will receive friends at the funeral home on Saturday, September 23, 2017 from 5:00 until 8:00 p.m.  Mr. Carpenter was born December 2, 1955 in Houston County to Evelyn Sasser Carpenter and the late Billy Wyatt Carpenter.  He was born at Moody's Hospital in Dothan, Al and lived in the Wicksburg community his entire life.  He graduated from Wicksburg High School and furthered his education at the University of Carpenter Farms. He had a love and passion to the farming way of life and he contributed his knowledge on a daily basis to his family and friends.  He started his farming journey with his dad, Billy Wyatt Carpenter, and expanded to Billy Carpenter & Sons.  Later in life, he founded Larry Carpenter & Family where he had the opportunity of working daily with his family.  Not only did his career consist of farming, he also had the opportunity of filling the pulpit on many occasions in service for our Lord.  He was a loving son, husband, father, Papa, brother, and uncle.  He was known widely for his contagious laugh that drew many life-long friends.  Survivors include his wife, Joann Quattlebaum Carpenter; one daughter, Amanda Carpenter King (Chris); two sons: Shaun Carpenter (Heather) and Bryan Carpenter (Marcy); grandchildren: Tristen, Hannah, Haley, Jaren, Trevor, Saylah, Jovi, Case, Colt and Cam (on the way); mother, Evelyn Sasser Carpenter; sisters: Jean Forehand (Eugene) and Joan Clark (David); brothers: Terry Carpenter (Lynn), Billy Jim Carpenter (Patty) and Greg Carpenter (Shelly); several nieces, nephews and other extended family and friends.  Serving as active pallbearers will be Billy Jim Carpenter, Greg Carpenter, David Clark, Eugene Forehand, Paul Forehand, and Ronnie Brannon.  The words of the Apostle Paul  epitomize Larry's life! " I have fought a good fight, I have finished my course, I have kept the faith: Henceforth there is laid up for me a crown of righteousness, which the Lord, the righteous judge, shall give me at that day: and not to me only, but unto all them also that love his appearing."

Add Your Own
I am so sorry we all loved Larry so much but we know he is sitting at the feet of Jesus and feeling right at home I
Joann, Amanda, Shaun, Bryan, Terry, Billy Jim, Greg and the rest of the family, I extend my sympathy and send my condolences along with my prayers that The Holy Spirit will comfort you in this time of loss and sorrow. Where do I begin, I first met Larry way back when his dad and his brother hired me to work on their grain bins, from there to growing produce and becoming lifelong friends. May God grant each of you a moonbeam to shine the path and hold each of you near His heart. RIP Larry Wyatt Carpenter until we meet again. Bobby Lewis
Thinking of your family during this difficult time. I worked with Larry over 20 years at the USDA NRCS office. He was always such a pleasure to work with. My God bless you all
I am truly sorry for the loss and pain that Joann and the Carpenter family and friends are feeling because of losing Larry recently in death. Most of us have had to endure the sorrow of losing a loved one in death. What helped me the most was prayer and faith in our loving heavenly Father, Jehovah God's (Psalm 83:18) promises like found here at 1 Corinthians 15: 26 and it tells us: "And the last enemy, death, is to be brought to nothing." Jehovah promises us that he is going to do away with man's greatest enemy, death. Rev. 21: 4; "And he will wipe out every tear from their eyes, and death will be no more, neither will mourning nor outcry nor pain be anymore. Isaiah 33:24 guarantees us: "And no resident will say "I am sick," ever again. God's kingdom that Jesus taught us to pray for at Matt. 6: 9, 10 will bring about these wonderful promises here on earth (Psalm 37:9-11,29), including the resurrection. None of us are guaranteed tomorrow, but we are all guaranteed a resurrection. (John 5:28, John 6:40, John 11:23-25, Acts 24:15) Also, Titus 1: 2 tells us this promise of a resurrection: "is based on a hope of the everlasting life that God, who cannot lie, promised long ago." Isaiah 26:19 "Your dead will live......And the earth will let those powerless in death come to life." Isaiah 25:8 "He will swallow up death forever. For Jehovah himself has spoken it."For more comforting scriptures please visit: http://bit.ly/1K38EFt. It has given me hope, strengthened my faith and helped me find the answer to Why? I know it will do the same for you. Jehovah invites you to throw all your burdens on him and he will sustain you in your time of grief. Psalm 34:18 Again, the family is in my prayers and I offer my heartfelt condolences. Feel free to contact me if you wish at my email address; myranj@centurytel.net
I pray it will bring you comfort to please watch this beautiful video (song 144) entitled "Keep Your Eyes on the Prize" https://tv.jw.org/#en/video/VODChildren/pub-pksn_24_VIDEO
May God be over all of you during this time! I will always remember Larry bringing us hay every year. He always had a smile and was very nice to us.
I know he is in heaven resting and rejoicing. May the peace of God be over each of you! I Love all his family and I am praying Jesus will hold you in his arms and comfort you!
Sorry for the loss of your love one. John 5:28, 29 assures Jesus will restore life to those who has died. Revelation 21:3, 4 gives further assurance death will be swallowed up forever. This is a comforting thought knowing your loved one is in God's memory. Hope this brings comfort.

With our deepest Sympathy for you and your family for loss of your loved one.

My heart is both sorrowful and yet rejoices. It is sorrowful to hear this great man has gone on to Glory. Bro, Larry was a great man. My heart rejoices in knowing that death is not the end, there is coming a great Resurrection Morning when all the dead in Christ shall rise and we which are alive and remain shall be caught up together with them in the air to be with our Lord Jesus Christ. Our prayer and love is with the family during this time.

Hershell and LeAnn Lewis, JR.
I am so sorry for your loss. Mr. Larry was a wonderful man. Prayers going out to entire family. I know he will be missed greatly.
I met Larry when he was a student at Wicksburg and I was a substitute teacher. he was a junior. I cannot say enough nice things about this young man.To his mother, Mrs. Carpenter, you raised a fine son. To the entire family, please accept my heartfelt sympathy.

To the Carpenter Family, Our sincerest condolences for your family for your loss. May God hold and keep you all until you see your loved one again. Sybil And Randall Glover