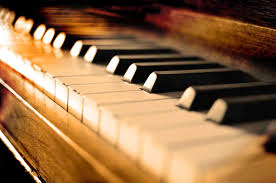 Funeral services will be held at 1:00 p.m. on Friday, April 28, 2017 in the chapel of Sorrells Funeral Home & Crematory in Slocomb with Rev. Rick Ousley and Rev. Wendell Holmes officiating. Burial will follow in the Pigrims' Rest Baptist Church cemetery.

The family will receive friends at the funeral home beginning at 12:00 noon and continuing until service time.

Mr. Palmer was born March 2, 1951 in Houston County to the late Jesse J. and Betty Glenn Reeves Palmer. Jesse possessed a passion for music and was an accomplished organist. He spent over 48 years in Christian ministry serving numerous churches throughout Alabama. He enjoyed wood working and collecting antique phones among other things. Jesse was a joy to be around and will be profoundly missed.

Add Your Own
You are all in our thoughts and prayers.

Miriam & Wallace Grace
Barbara Hollis
Bonnie, I am so sad, knowing that I will not get to visit my childhood friend again. I loved Jesse-such a kind, sweet man with a photographic memory. We shared many memories of carpooling for 6 years-from 7th to 12th grades. I will miss him. My prayers are with you. Mary Alice
Bonnie, so sorry for your loss. Praying for you and your family. Love you, Walt

Our sympathy and prayers are with you all at this difficult time. Thinking of Betsy, Patti, and Jesse's wife and family.
We were saddened to hear of the passing of our dear friend. He was a mentor, coach, encourager, and a true example of one who truely committed himself to others. He will be deeply missed.

John and Stacy Herring
Birmingham
Bonnie we were sorry to hear Jessie passed. We have many blessings because of Jessie. Debbie and I met at the church he planted; Jessie introduced us in the summer 1993 and we married summer 1994. As well many people owe a portion of their career to Jessie. It seems just weeks ago we were on the phone for an hour discussing the next idea. Jessie was such a match maker and had a gift for bringing people together.
Debbie and I will be praying for you and will be in touch soon.
Lee and Debbie Queen
704-907-1142
Bonnie, We have never met. For years, I have heard such wonderful stories about you and your husband, and your unconditional, life changing love from my friend, Brad. I join your many friends and family members in praying for you during this time. I am sorry I never met Jesse, but look forward to meeting him in heaven.
Patti,
Our sympathy and love to you and Betsy with the passing of Jesse.
Carol and Larry Reeder