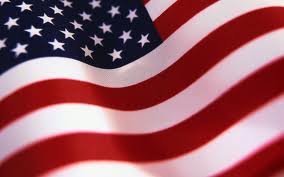 Funeral services will be held at 2:30 p.m. on Saturday, March 4, 2017 at the Christian Home Church of Christ in Wicksburg with Minister Mark Turner officiating. Burial with full military honors will follow in the church cemetery with Sorrells Funeral Home & Crematory of Slocomb directing. The family will receive friends at the church beginning at 1:30 p.m. and continuing until service time.

Thomas was born August 2, 1948 in West Virginia to the late Earnest and Virginia Duty  Smith. He was a member of the Christian Home Church of Christ and proudly served his country in the United States Marines and Army until his retirement. Thomas processed an intense faith in Christ which allowed him to achieve his goals in life.   He loved to fly; but his greatest joy was spending time with his family and friends. He lived by the moto: Truth, Honor and Integrity. He was loved by all who knew him and will be dearly missed.

In addition to his parents, his daughter, Taritha Smith Slenker preceded him in death.

Add Your Own
It's difficult to find the right words to express our love and respect for our dear friend and spiritual brother. Tom was a true example of faithfulness to our Lord Jesus Christ and encouragement to everyone he met. We are blessed to have been part of his life. He will truly be missed and remembered always. May God's riches blessing be with Paula during this loss of her husband, best friend, and love of her life.
Paula and Family,
Please know we grieve with you. Tom was a good man and good friend.
Our deepest sympathy.
Holly and Jack