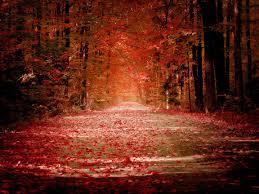 A Gaveside Service will be held at 1:00 p.m. on Thursday, October 27, 2016 at Union Baptist Church Cemetery in Slocomb with Sorrells Funeral Home & Crematory of Slocomb directing.

Ronnie was born October 27, 1946 in Geneva County to Doris Dean Sorrells and the late O'Neal Sorrells. He enjoyed spending times outdoors and loved hunting and camping.

He is survived by two sons: Roger Sorrells and his wife Vicky and J.D. Sorrells and his fiancée Lisa Moore; one granddaughter, Rebakah; his mother, Doris Dean Sorrells; other extended family and friends.

I am so sorry to hear about your dad. He was a wonderful person and I will miss his blue eyes and his laugh. May God comfort you and know that we have an angel in heaven that is watching over us now. Please call or contact me if you need anything.

Love,
Lorraine, Lou-Lou
I'm heartbroken that my "Birthday Bro" has passed away. Every year one of us would call the other on our birthday. He was such a funny and caring guy as a boss and a friend. I'm glad that I knew him. Rest in Peace Ron. Hopefully, you are up there hunting.
To Ron's family, my thoughts and prayers are with you all during this very difficult time. I'm at a loss for words for I am still in shock. His presence will truly be missed for he was one of kind. I know I don't have to tell you all what a great man Ron was. Ron was not only my supervisor; he was a dear friend that I could talk to about anything.He had a hilarious sense of humor; he was the king of practical jokes. I know he's in heaven right now playing practical jokes on everyone. Though life took us down different paths,I still would think of him from time to time. He was wonderful man with a beautiful kind soul. He's gone from our sight, but never from our hearts. Love you Ron and I will truly, truly miss you.